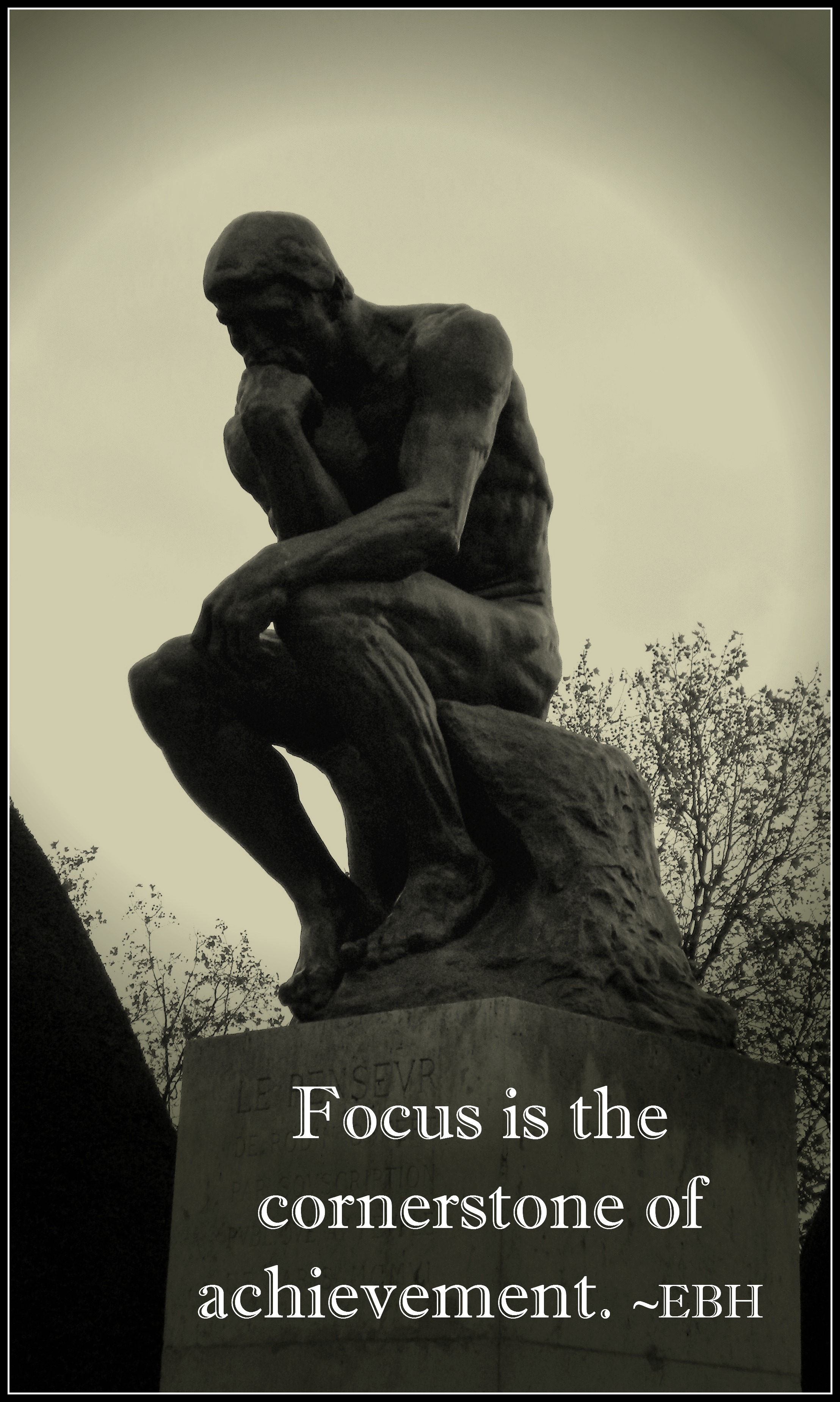 It is said that in these current times of constant bombardment of information via email; media; Twitter: Facebook; Instagram; Linked In and other technological communication channels, FOCUS is more valuable than intelligence.

Irrespective of whether one agrees with this view, the fact remains that we are flooded with news, data, facts and opinion on a daily basis, all of which have the tendency to slow us down rather than speed us up in the achievement of tasks, duties and outputs.

The temptation to split one’s focus by what is so-called ‘multi-tasking’ is immensely seductive – creating the illusion that we can do more with our time by doing more than one thing at a time.

Equally seductive is the temptation to make assumptions around the information with which we are presented, painting matters of apparent similarity with the same brush.

The truth however is that there is no such thing as successful multi-tasking and assumptions are nothing short of dangerous. Focus – real focus – is an active presence of mind.  It is hard work, requiring more of our consciousness than we might realise.

When one is assessing the combination of an individual’s disability and skills set, so as to determine the impact of the former on the use of the latter in the world of work, it is imperative that focus is engaged and sustained to its fullest.  It is impossible to appreciate the skills set of individuals – or the transferability of such skills set – if one is not listening on all levels to what is being described about their daily work.  Listening and paying attention is neither about knowledge nor intelligence, albeit these elements may add value to the dialogue, they are all about focus.

A synonym for the word focus, in the context of being the point of interest, is ‘cornerstone’ – the foundation on which robust professional opinion depends.

Determining the ability and or suitability of an individual to re-enter the work place, using his or her skills in a different manner is complex.  Such opinion needs to take into account a multitude of factors, whether stipulated or implied, in the context of the brief in hand.  Focus is required on many levels, weighing up and balancing the facts unique to every case.

An example of a contractual case recently assessed is that of a middle aged woman who has a limited education level and few transferable skills outside of repetitive manual work of a light nature.  She had worked for one organisation in the same position for over a decade at the time that she became psychiatrically ill.  When assessed the individual made it clear that she desperately wanted to return work and felt capable of doing so, which indeed she was assessed to be, at least on a trial basis.

However, hidden in her commentary and heard ‘between the lines’ was her fear of the general open labour market, an important point that could easily have been missed in the event of a momentary lapse in focus, or listening.

Had there been such lapse it may have come to pass to deem her ‘wellness’ and her ‘desire’ to return to work to be transferable to alternative work environments of a similar nature to that in which she had previously worked.  They are not.

This particular woman requires specific management in returning to her relatively menial position within the only organisation in which she has ever worked.  To expect more of her would probably be detrimental to her well-being, could induce a relapse and dent her tenuously regained sense of self-confidence after a long period of recovery.

One of the many challenges for an independent expert, as well as the claims assessor, in assessing and managing occupational disability cases, is to appreciate the unique factors that will either enhance or inhibit the success of returning to work.  Such assessment and management requires uninterrupted focus.  While intelligence, knowledge and years of experience add tremendous value, without focus even the ‘best’ are vulnerable to error.

In my next correspondence I will be sharing more about the transferability of skills and how policy wording could possibly lean more constructively towards incorporating the assessment of skills rather than ‘education, training and experience’.

Our daily challenge in the modern age:

‘Focus on being productive instead of busy’ – Tim Ferris

Tribute to a Tumultuous Year

It is that time of year, when everyone seems to be rushing a little faster…