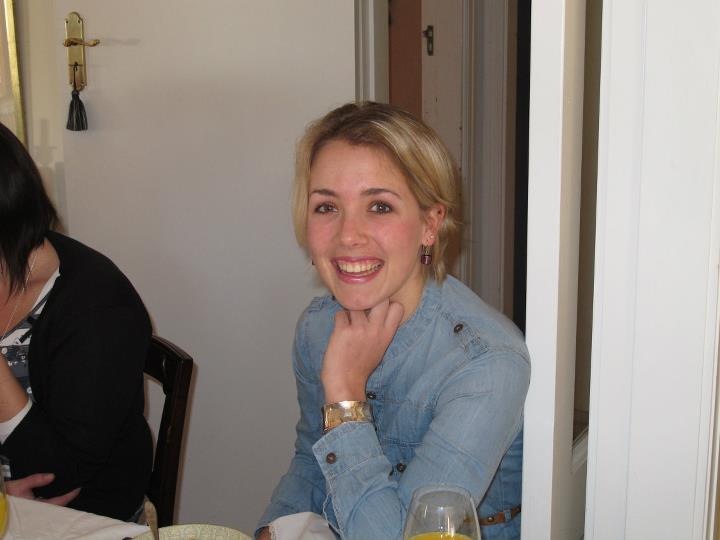 Cerebrovascular accidents (strokes) are a public health issue which are common and serious worldwide. Globally strokes have high mortality and morbidity rates. In South Africa stroke is a leading cause of morbidity (Bryer et al, 2010). In recent years, advancements in the medical management of acute strokes have resulted in a decrease in the global mortality rate of strokes, but despite this, many survivors are left with significant impairments (Brewer et al, 2013).  According to Duncan et al (2005) 40% of patients who survive a stroke are left with moderate disabilities and 15 – 30% of stroke survivors are left with severe disabilities. It can be assumed that the greatest health effect and financial burden on stroke survivors and their families, are the long-term disabling effects that a stroke can have (Langhorne, Bernhardt & Kwakkel, 2011). Rehabilitation initiated early post stroke has been shown to assist with reducing complications and residual post stroke functional disabilities. A reduction in functional disability in addition to a reduced incidence of complications post stroke results in a greater quality of life for stroke survivors as well as a decrease in potentially expensive long-term care costs (Duncan et al, 2005 & Brewer et al, 2013). However, Zorowitz (2011) noted that despite the increasing evidence that post stroke rehabilitation is beneficial, many healthcare professionals remain unaware of stroke survivors’ potential for improvement as well as the potential reduction of the secondary complications of stroke.

The disabling effects of a stroke are dependent on which areas of the brain are affected by the stroke. By far, the commonest effect of strokes, is a motor impairment. This effects roughly 80% of stroke patients. It involves weakness of the face, arm and leg (in varying degrees) on one side of the body (Brewer et al, 2013). When discussing strokes, the brain can be divided into four main areas: the left/dominant hemisphere, the right/non-dominant hemisphere, the cerebellum and the brainstem (both the cerebellum and brainstem fall within the area known as the posterior fossa.) These divisions make it easier to list and discuss the possible effects of strokes. Essentially the four areas can easily be classified according to the area of the brain affected by the stroke. The Oxfordshire stroke classification simplifies syndromes into either haemorrhage or infarct and localises clinical presentations according to the area of damage. These broad divisions are Total Anterior circulation stroke (TACS), Partial anterior circulation stroke (PACS), Lacunar stroke (LACS) and Posterior circulation stroke (POCS) (Amarenco et al, 2009). These syndromes will have a mix of neurological presentations (Hemiparesis, sensory changes, visuospatial problems and cognitive impairments) and functional outcomes can be predicted according to the various syndromes described.

Post stroke rehabilitation is delivered most effectively and efficiently by an interdisciplinary team (Bryer et al, 2010). The interdisciplinary team is comprised of health care professionals working together to achieve common, shared goals for a patient’s rehabilitation. Constant and effective communication between team members and the patient allows for a more holistic approach. Good communication amongst team members also allows individual professionals to use their expertise to build on those of another team member (Jessup, 2007). An interdisciplinary team is usually comprised of nurses, medical practitioners, physiotherapists, occupational therapists, speech and language therapists (all of whom are experienced in rehabilitation), a social worker and a dietitian. In addition to these disciplines, other professionals will be included within the rehabilitation team, depending on individual patients’ needs and wants – for example a psychologist or trauma counsellor.

A high priority of stroke rehabilitation is reducing stroke risk factors (e.g. by treating and managing comorbidities such as hypertension etc). Suffering a stroke places a patient at high risk for a recurrence (Bates et al, 2005) and therefore careful management of risk factors is essential. Another important priority is the prevention and treatment of secondary complications commonly associated with strokes. Secondary complications can adversely impact on a patient’s rehabilitation (Bryer et al, 2010). These include:

A patient’s mobility can be limited greatly by spasticity. A number of therapeutic interventions have been found to help; passive stretching, splinting and posture and movement therapy (Duncan et al, 2005). Oral agents such as Baclofen and Rivotril as well as injections with Botulinum toxin into the effected muscle may help (Bryer et al, 2010). Poorly managed spasticity will not only reduce functional independence but will result in the potential for painful contractures making hygiene, especially in the contracted hand, impossible.

Nociceptive pain in the shoulder is common in stroke patients. Physiotherapists are often able to assist with strapping, massage or passive movements. Pharmacological management might be required. Central or neuropathic pain is another common consequence of strokes. In particular, the use of the Gabapentinoids such as Lyrica and Gabapentin has been found to be effective. However, these medications can have cognitive side effects (Bryer et al, 2010).

The risk of developing pressure ulcers is high in stroke patients, attributed mainly to their decreased mobility. Regular turning when in bed, adequate nutrition and pressure care education for the patient and their families/care-givers are all helpful preventative strategies (Bryer et al, 2010). Should a pressure ulcer develop, early assessment and treatment by a physician and nurses experienced in pressure ulcer management is needed.

A stroke patient’s decreased mobility puts them at high risk for deep vein thrombosis and pulmonary embolism. Early prophylactic management includes the use of low-molecular weight heparins (LMWH) and compression stockings. Physicians and nurses need to be alert to any signs and symptoms related to deep vein thrombosis or pulmonary embolism to ensure timely diagnosis and correct treatment.

These are both common complications of strokes. The use of an indwelling catheter in the acute management of a stroke patient is helpful with fluid management, preventing urinary retention and preventing skin breakdown. However, the prolonged use of an indwelling catheter puts a patient at risk for urinary infections (Duncan et al, 2005). These often require antibiotic intervention with multi resistant organisms often being found, and infections will result in a patient not feeling well enough to participate in their rehabilitation. Faecal incontinence is a less common long term problem as it often resolves within the first 2 weeks following a stroke (Duncan et al, 2005). Faecal impaction syndromes however, are common and preventative management is essential.

Patients with dysphagia are an aspiration risk. Interventions by a speech and language therapists help to manage this risk. However, a physician should have a low threshold for the early treatment of any signs and symptoms of aspiration before the patient develops aspiration pneumonia. When in doubt patients should be fed by nasogastric tube until fully cleared for safe oral intake by a speech and language therapist.

Many stroke patients suffer from a range of cognitive, communicative and swallowing impairments. Speech and language therapists are highly trained to manage and treat such impairments (Dragga, 2015).

It is very important that patients and their families/care givers are seen as part of the interdisciplinary team right from the start. They must receive education on the causes, consequences and recovery of strokes (Duncan et al, 2005). There should be constant interaction between the interdisciplinary team and the patient and their families/care givers about the rehabilitation goals and progress.

There are a variety neuropsychiatric sequelae post stroke, with the commonest being depressive symptoms. In fact, 25-75% of stroke patients develop post stroke depression (Duncan et al, 2005). However, it is not unusual for stroke patients to experience periods of emotionalism. Feelings of fear, anxiety, a sense of grief for their physical losses/changes, as well as other symptoms similar to those seen in depression might manifest in a stroke patient. These normally dissipate with time and can be adequately managed with the support of the interdisciplinary team, including counselling. It is therefore, important to include a psychologist or counsellor on an interdisciplinary stroke rehabilitation. If the symptoms mentioned above persist and begin interfering with a patient’s other therapies then given the commonality of post stroke depression, the rehabilitation physician should have a high index of suspicion for making the diagnosis (Bryer et al, 2010). Subsequent pharmacotherapeutic management with SSRIs or heterocyclics, is usually warranted and a referral to a psychiatrist might be needed.

Nutrition is a very important post stroke rehabilitation intervention. A dietitian should be involved in a stroke patient’s interdisciplinary team right from the start of their rehabilitation process. Malnourishment is a common problem amongst stroke patients, either because of swallowing difficulties or because of problems communicating, which can result in patients being unable to adequately express their dietary requirements (Bryer et al, 2010). The rehabilitation process is a very demanding one and a malnourished patient will not have the energy, nor the mental focus required in order to fully participate in all aspects of their rehabilitation.

Discharge planning is a very important part of post stroke rehabilitation. Provisional discharge plans made in the early stages of rehabilitation (which can then be altered if a patient’s needs change during their rehabilitation process) will allow family or care givers ample time to put systems in place (e.g. make any necessary alterations to their homes or to organise outside carer employment and environments. If there is a possibility of returning to work, then this should also be included in the discharge planning (Bryer et al, 2010). Early and ongoing communication between the interdisciplinary team and patient’s employers can greatly assist with the reintegration into the workspace.  The support given to the patient by their family and care givers after the discharge from inpatient rehabilitation plays a significant role in determining a patient’s long-term outcome (Duncan et al, 2005).

Another relatively reliable indicator of stroke prognosis is the degree of motor impairment. There are also other impairments (such as dysphagia and urinary incontinence) which are related with severe disability levels post stroke. However, the heterogenicity and multi-layered nature of strokes make it difficult to accurately predict post stroke prognosis (Brewer et al, 2013). Duncan et al (2005) makes it clear that a patient’s post stroke rehabilitation must not stop upon discharge from an inpatient rehabilitation unit. Continued rehabilitation for up to year post stroke has been shown to assist in the overall long-term outcome of a patient (Bryer et al, 2010). Referrals to the appropriate health care professionals need to be made timeously by the inpatient interdisciplinary team to ensure that there is good structure in place for the continuation of a patient’s rehabilitation after discharge from an inpatient rehabilitation programme.