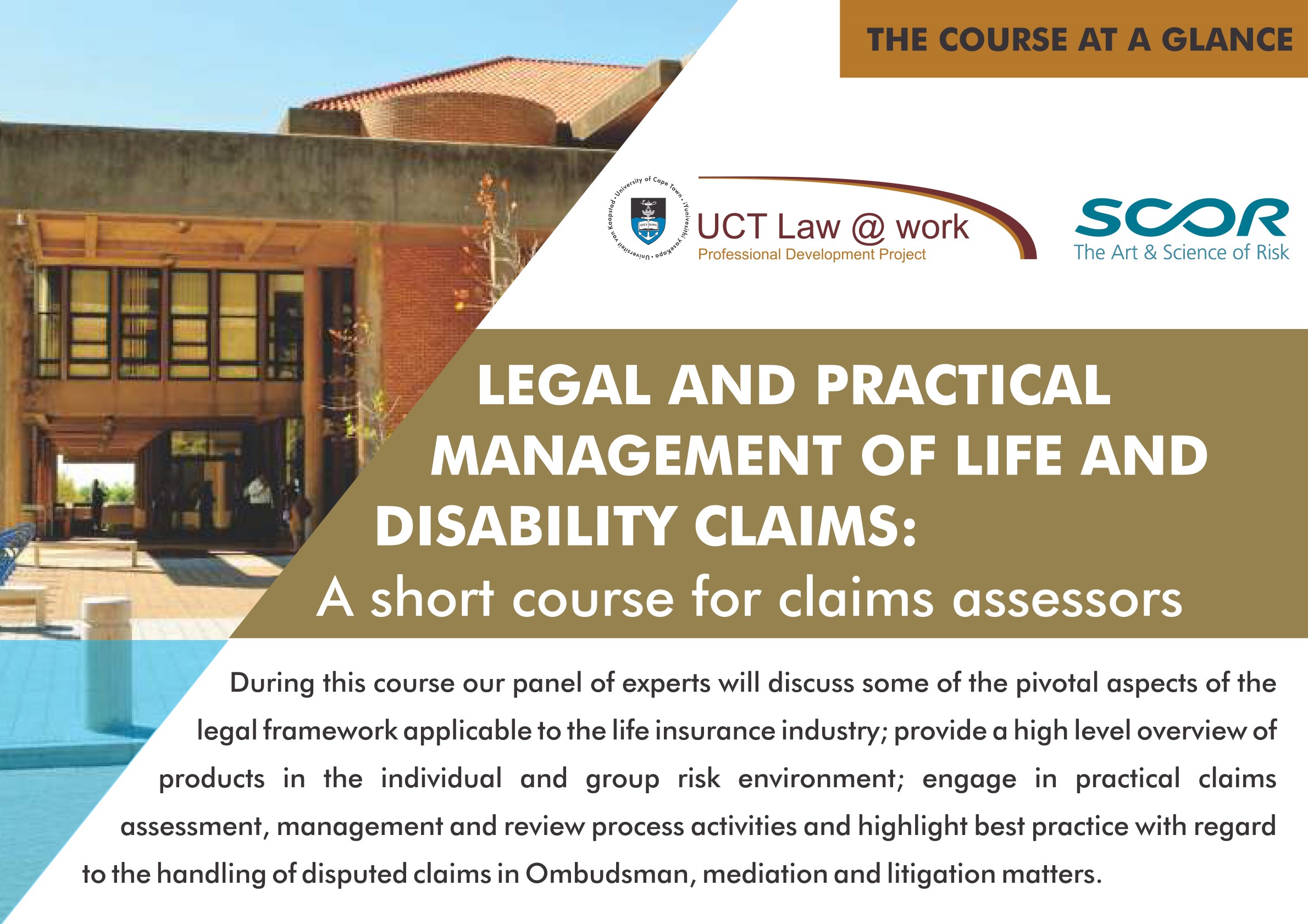 During the course of September 2019 Business Tech published an article titled: ‘These are South Africa’s best and worst life insurers’ – in which the following was highlighted:

“In an industry that is run on numbers and statistics, it is easy to overlook the fact that at the end of it all, a human being is involved whose life and livelihood is affected by the decisions made. Context matters for South African consumers and following the letter of the law is simply not enough.” [1]

The article went on further to note that there is a need to give deep consideration to the ‘human element, goodwill and doing the right and fair thing’.

One might wonder how the above-mentioned requirement to manage claims in a more sensitive manner stacks up against the significant R 12.7 billion worth of life, disability and critical illness claims paid out by Liberty Life, Momentum and Sanlam in 2018, as reported by another writer in June 2019.[2]   Particularly in light of the fact that two of these three companies were reported in the SA-csi for life insurance Consulta survey to have been found to be ‘under par’ as compared to their competitors.

It is in what occurs during the gap between lodging a claim and the ultimate outcome that the essence of what makes for a ‘best’ insurer lies and is the place where the reputation of a life insurer rests, long after any payment (or not) has taken place.

Life insurance companies pour millions of Rands into ‘better systems’ and ‘improved technology’ that supposedly enables the consumer to receive an improved customer experience. However, the fundamental truth is that none of these so-called advancements add any real personal value to the people who find themselves in a life circumstance that requires leaning on a policy taken out to provide protection in the hour of need.

Life insurers spend far too much time and effort on ‘improving’ products and elements of the supply chain prior to a claim, rather than at the time when the consumer needs them most, which is at claims stage.

It is at claims stage that life office claims personnel are required to:

When life insurers fail to separate out fact and ‘fiction’ (i.e. incorrectly recorded information, assumed circumstances, unconfirmed reporting etc.) in the way in which a claims matter is read, faults can so easily be made, whether by an individual or a system of some kind.  Such faults have the ability to culminate in deleteriously, long lasting reputational and financial effects – and are some of the faults at the root of the perception of a life office being considered to be ‘under par’.

Finesse in claims handling on the other hand, is virtually guaranteed when the appropriate investment is made in educating, upskilling and advancing the knowledge and capabilities of those tasked with the ever-increasing demands of assessing claims. This is particularly imperative when considering that such claims only ever arise in some of the darkest hours of a customer’s life or due to their death.  Customers are able to digest and accept the outcome of the claims assessment process far better, even when it is declined, when done so with care, delicacy and skill.

Over-and-above the ethical desire to do the ‘right and fair thing’ by our fellow humans, there is a direct correlation between profitability and how customers are made to feel.  As so aptly put by the late Maya Angelou: